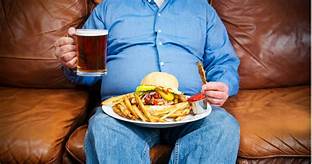 The 7 Deadly sins of America: Gluttony

It’s no surprise to anyone anymore that most people seem to be hypocrites in some manner or another. With 70% of Americans identifying as some form of Christian, we would do well to see just how America as a culture and society has been betraying the ideals on which they claim the country has been founded.

Gluttony can be best defined as habitual greed or excess in eating. I’d like to make an amendment to that and add that it is to the detriment of others. According to healthdata.org, almost 75% of men, and 60% of women are overweight/obese. Now, I’ll be more than generous and cut those percentages in half to account for errors, bias, and other possible mistakes that may have occurred when coming to those numbers. That still leaves roughly 1 in 3 Americans that have an obscene amount of weight that is causing a direct negative impact on their health. So, this is the excess. But what about the greed?

In America, as well as other countries, it is illegal to give food past its expiration date to anyone. Not to the homeless, orphans, or anyone who is having trouble putting food on their table. No one. This wouldn’t be so bad if it weren’t for the fact that nearly 12% of households without children and almost 1 in 3 households with children are not food secure (defined as not having enough food for each member of the household).

Keeping in mind that America exports a large amount of food produced, how much food do we  waste?

According to the USDA, roughly 30% of food is wasted every year. This translates to 133 billion pounds at the cost of 161 billion dollars worth of food. I’d like to note here that according to the UN, the cost of ending worldwide hunger would only be $30 billion. So our costs in food waste end up being more than five times the amount it would cost to end hunger globally.

We have the ability to end hunger. We won’t. We produce more than enough to feed everyone. So why don’t we? Money. It is simply cheaper to allow the food to spoil than to transport it to those in need. This is greed. This is our sin. As a society, as a whole, we all share fault in this. Until something is done at a public level, the private industry will continue to do what is profitable versus what is right. I won’t blame any individual for this. So if you don’t have the time to join a protest or activist movement, I understand. I myself am in the same boat. Just try not to consume more than you need, donate food before it spoils, stop buying in bulk unless you plan on eating all of it.

Just because our country is fat, doesn’t mean you have to be.